"Facebook is irretrievably associated with content that you don't want to risk haunting you in the future, and which you can never be sure is totally private. This was an acceptable tradeoff in the PC era... Mobile, though, because it is everywhere, captures far more human interaction; the majority of said interaction is ephemeral and private... And so, Facebook has bought its way in to the majority position in the category that dominates human interaction... they will increasingly be able to harvest signal about users in a way that increases the value of Facebook-the-product’s display ad business."
- Ben Thompson 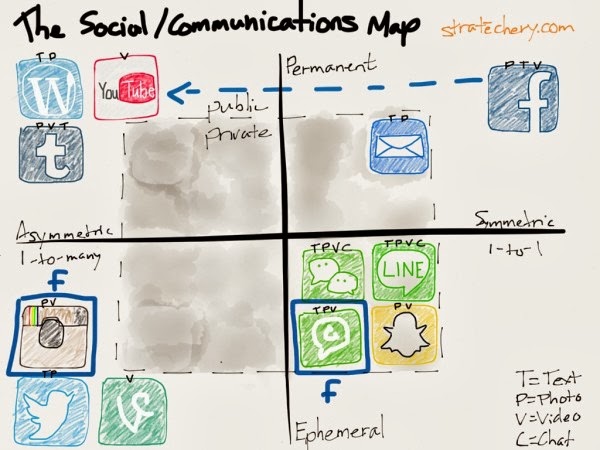